Plagiarism isn't the most sincere form of flattery 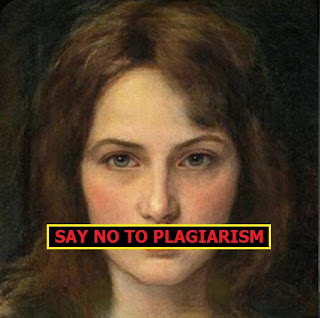 Just a brief comment here after a recent incident I had with someone stealing parts of my blog posts from several years ago and trying to pass it off as their own work.

I write this blog.  Just as it says, I am the sole author of "Flying Off the Broom Handle" and have been for 13 years and counting.  The thoughts I put here are my own opinions, my own tales of experiences I've had or thoughts which may cross my cranial spaces that I felt were worth sharing.

Sometimes I do this to give readers something to chuckle about or contemplate or question.

But what I write here is my own content.  It has purpose and meaning for me because I've created it, drafted the words and cultivated the phrases.  From the passionate diatribes to the satirical rants...all borne from the witchy heart that resides within my own chest.  ((thump thump, hand to heart))

And so that is why my posts...ALL OF MY POSTS...are held in copyright.

I want the words out there to be read and enjoyed, yes, but I want them to be known as my intellectual property.

If what I say inspires you, then fantastic.  If you have an AH-HA moment from them, that's wonderful!  If you get fired up and want to post a reply or offer a different view than what I've shared, please do!

But please, be respectful.  If you want to "borrow" from my words, then please do the honest thing and ask.  I generally do grant permission for private use.

What I don't do is want my words co-opted and used as though they belong to another author, another promoted agenda for which I've not given consent.  It is like having your name stolen, your identity taken or your likeness used to peddle goods that you have no idea you've been associated with.

So yes, I do take the stealing of my intellectual property seriously.  It isn't flattering to have someone outright steal your hard work.  It feels invasive, intrusive and hostile.  Not unlike someone coming into my home and helping themselves to my physical property.

So yeah, plagiarism is ugly and painful.  It cannot be couched in clever, honeyed fawning of "Oh, but you had put things so succinctly and so eloquently, I thought you'd be honored to have it spread to a wider audience" ---- that's so much unctuousness it chokes me.

Artists, be they famous, infamous, or just garden-variety diarists like me....we hold our creative endeavors dear.  They represent something of ourselves that we uniquely have produced and given to the world.

We hope that folks will like what we do.  We hope they will find it useful, charming, thoughtful or contemplative.  We hope they will respect and honor the awen that sparked it.  Or the humor which spawned it within and led to the words on the page or screen.

In my case, I hope that readers will find the connection between me as author and themselves in the reading of my blog posts and rambles.

Mostly, I hope that if my readers do have a mind toward gratitude for any of my writing, they simply take a moment to comment, be it to cajole, sympathize or offer cheerful response and comical retort.

Essentially, like so many things in life:  DON'T TAKE WHAT ISN'T YOURS.  BE RESPECTFUL.  BE HONORABLE.  BE DECENT.

Posted by Albiana at 9:07 PM No comments:

I don't understand what the propensity is with some so-called modern witches in combining religions.

Saw someone in a group recently giving a "SHOUT OUT TO ALL MY LUTHERAN WITCHES OUT THERE. WHERE YOU AT?" 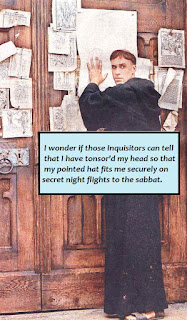 (spoof of Martin Luther at the church door)

This makes my head hurt. And my heart.

While I get that witchcraft doesn't necessarily involve religion (though Wicca, and certainly BTW does), this idea of combining specific denomination of Christianity with Craft just sounds to me like a cop-out and utter nonsense.

Before you give me the "Ok, Boomer" bullshit (and I'm GenX thankyouverymuch), hear me out.

How in the blue blazes do you make Lutheranism work with Craft? That would denote that one would be able to see the correlation between these two diametric positions on spirituality, faith, practice and theology and somehow Frankenstein it together into something both would recognize and acknowledge as being honorable to their origins.

How do you hold to a Lutheran theology that expressly despises the very thought of witches, believes holding other powers beside Yahweh/Jesu to be blasphemous, yet witches do work with energies other than God the Father in Heaven? How does one reconcile that Lutherans have a distinct priesthood and would renounce anyone other than their priesthood performing rites?

It really frosts my cupcakes when people think Craft is a plug-n-play system that they can just overlay onto any other theological entity and call it good.

That's a shortsighted view of what the Craft entails and the depth of what it means to be a witch. One of the basics of witchery is the ownership of whatever you put forth. You are the direct connection to Source, you do not have the go-between of another person, in this case Lutheran clergy, acting on behalf of lowly little you, the congregant.

Like I want to see this Lutheran Witch walk into a Lutheran church and tell the assembled folks what they profess to believe as a witch, what they practice in combining it with Christian deity and how they have aligned themselves both to The Ninety-five Theses or Disputation on the Power and Efficacy of Indulgences and the basic principles and practices of Craft.

Don't you think they'd get ex-communicated (or whatever the Lutheran equivalent may be)?

By that token, as a Craft person, I want to decry equally the utter nonsensical nature of this bastard combination.

But I can't....because in this era of 'let others do what they want' and 'it's his/her/their own path and let it be'....I am to let this kind of ridiculousness stand as a possibility.

I just can't though. I can't get my brain wrapped around this as a tenable, workable methodology for either persuasion. Consider it a failing on my part, I guess.

Shit like this makes me angry because it cheapens things for the rest of us who do take this seriously. Yes, I'm of the belief that stuff like this does take us all a peg down because it makes every one of us seem just as ridiculous to the rest of the world.

And if I were to question this person in the forum, I'd be the one getting the boot from the group for being a gate-keeping, judgmental elitist jerk.

So mote it be then, gang. I do judge things when I think they are ridiculous and insulting to the Craft. I gate-keep because I want to protect and honor something dear to me from half-assed scholarship and poor excuses of execution.

Posted by Albiana at 3:03 PM No comments:

LEMMINGS FOR LEMURIA, a just-say-no campaign 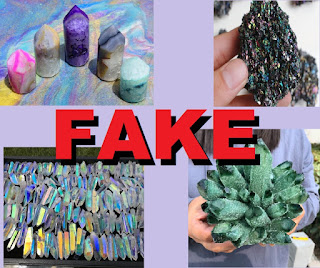 From the files of "I'm an older pagan and I've never heard of this newfangled shit before...enlighten me or get yer crystal ball off my lawn!!" ---I ask you:

They're all over the internet, gang, and I'm going to tell you the gods' honest truth....they're a scam. They are just regular old quartz crystals with a good new age backstory. Maybe they have a better marketing team and some nice slick photos, but they are no different than the bulk stuff you bought already when you decided stones were good to have around for energetic purposes...or because they look really pagany, boho or hippie awesome.

Who was the marketing team that came up with the unfounded, unable to prove claim that these gemstones have the energetic frequency which links them to the "lost continent of Lemuria" or some dumb bullshit? Does the lazy intellectual pagan connoisseur realize that's like saying your buying seashells from Atlantis?

Are those sly Etsy sellers the same ones who are hocking chemically dyed geodes and claiming they're really that neon magenta color? Or slices of agate the color of peacock teal? Or the resin poured into perfect symmetrically-terminated points with 24k gold inclusions? I mean, Mother Nature makes some pretty cool colors all on her own. Why should we suffer the insult of having a lacquer spray on every stone make it as iridescent or man-made titanium clusters treated to look like an oil slick, just so that they can say they are energetically aligned with the ancient rainbow properties of Avalon/Narnia/Pleiades? No, my friends. We don't have to tolerate FAKE MAGIC and FALSIFIED TOOLS just because some jerk thinks we're too stupid to notice.

Aesthetics are nice, but nature worshipers should be able to forego the fugazi in favor of the real deal, served in all its realness yo.

Yet every few years we see these bandwagon jumping sellers with marketing degrees and slow moving stock, drumming up these dumb sales pitches so that they can repackage stuff to a buying demographic they only half-heartedly understand and about which they really don't give a damn. A sucker born every minute, or so says the astrological charts right?

Don't buy into the bullshit, man.

Say no to the plastic amber with impossible inclusions.

Tell the hipsters on Etsy and the hawkers at HomeGoods that you're on to their scheme and you are savvy enough to know that crap, no matter how cleverly 'updated' is still crap.

If you buy a Lemurian crystal point on Wish that is as big as your forearm, don't be surprised when you don't get an energetic chakra download from the ancient Akashic records but instead have a kinda cool doorstop.
Buy real. Be real.

Who Is Driving This Broom? 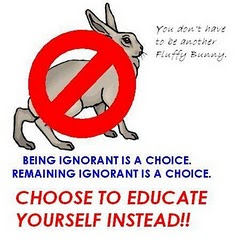 Come Ride With Me!